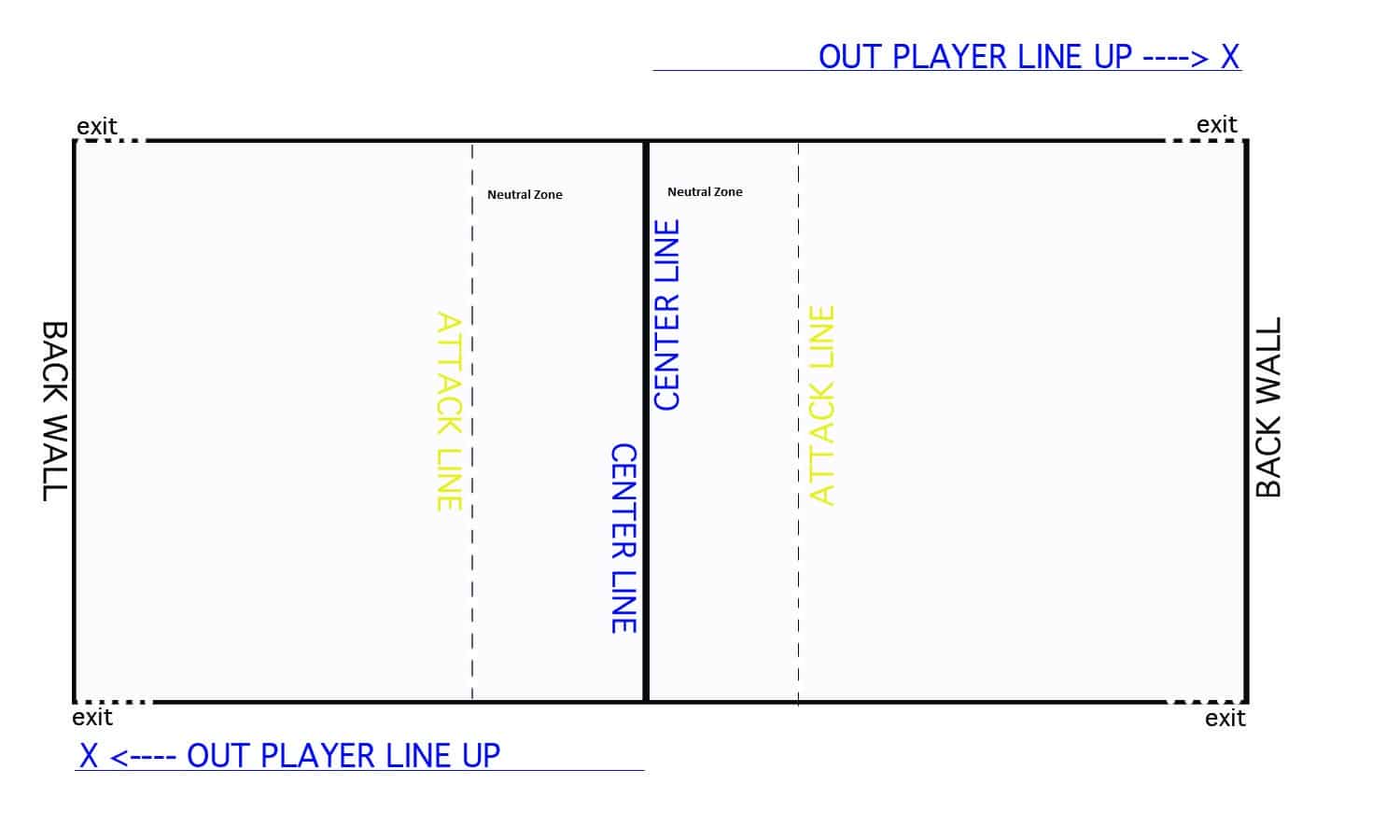 The ten second count is how we keep the game moving. When a team possesses a majority of the balls, the burden is on them to throw enough balls to drop below that majority within ten seconds. Once that occurs, the count resets.
The team need only throw enough balls to drop below the majority as achieved when the count started. Additional balls collected during the count do not increase the number of required throws during this count.

If the required number of balls are not thrown within ten seconds, the ref will stop play and award all but two balls to the other side.

Reffing the 10 second count is hard. We recommend one ref be dedicated to this. Use your arms to denote which side currently has the burden and start the count by declaring how many balls they need to throw. A silent count is fine but when the count gets down to five seconds make sure you’re loud enough for both teams to hear. On a count down, if you are able to begin the word “zero” without the requisite balls being thrown, stop play immediately, redistribute balls, and restart both teams from the wall. The team that failed to give up the ball majority gets to keep two balls on the restart.

As soon as there is a 1v1 situation, the referees will start a ten second countdown. At the end of the countdown, play will be paused to setup a ‘Joust’. During a joust, the entire court has been converted into a neutral zone that both players can move freely. Sidelines are still active, so stay in the court! During a joust, both players will start with one ball in hand and three additional balls will be placed on the middle line. A referee will start a joust by saying ‘ready, joust!’. A joust will continue until one player has been eliminated. Physical contact is not allowed during a joust. In the case of contact, a referee will decide who initiated contact and will award the win to the opposing player.

Headshots are defined as throws that hit players directly in the head while that player is standing upright or in an athletic stance. If a player has significantly lowered their head by kneeling, ducking or crouching, no headshot will be called. On a close call we’re going to err on the side of the person getting hit in the head
Headshots nullify the entire volley. For instance, in a volley of two balls where one hits the defender’s face and another hits their leg, neither hit counts. The defender is safe and the thrower of the headshot is out.

High throw warning: Players who throw near head level multiple times in one match will be warned by the referees. If that players throws another head level throw, that player will be called out. 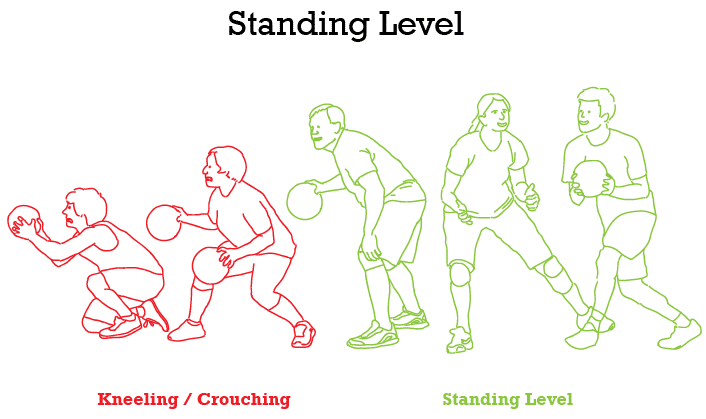 Dead ball
A dead ball is any ball that has:
Dying ball
A ball that has hit a player, but has not yet become dead.
Live ball
A ball that has been activated by checking it past the neutral zone.
Match
A collection of games between two teams.
In
Being eligible to participate in the game on court.
Out
Ineligible to play in the game as a result of being hit, caught, or touching/going past the court’s boundaries.
Opening Rush
When players approach the center line to retrieve the balls at the signal of the referee.
Control
A player has control of a ball when they have it secured in their hands.
Save
When a thrown ball deflects off of a live player and is caught by a teammate before hitting the ground it is considered a save. Neither the player who was hit or the thrower are out.
Burden to Throw
If a team has five or more balls it is their responsibility to make an attack and relinquish the original ball majority within 10 seconds. The team must throw N – 4 balls where N is the number of balls the team had when the 10 second count began.
Volley
A volley is a group throw of multiple balls. All balls arriving at a defending player at the same time are part of the same volley. Any balls that arrive unambiguously early or late to the defender are not a part of the same volley.